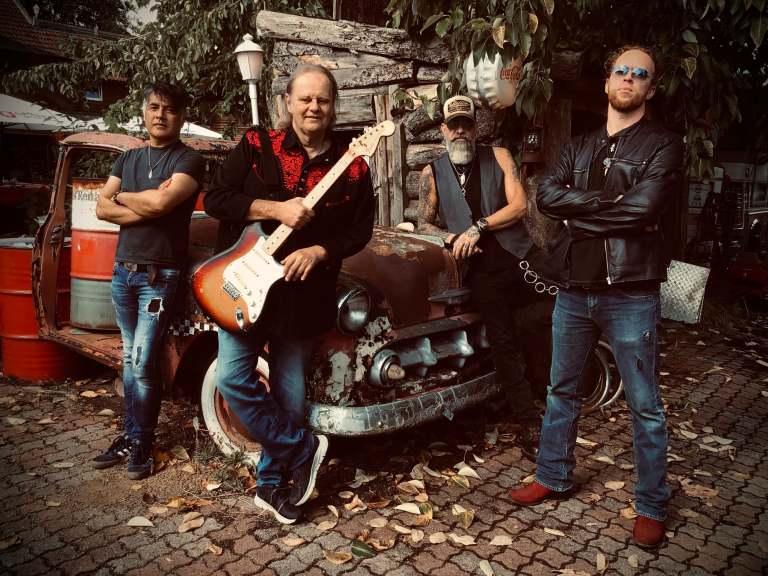 “Whereas many of his contemporaries may have fallen by the wayside, the iconic blues-rock guitarist refuses to hop off what is (and continues to be) an extraordinary Ride.” – Blues Rock Review

Prolific American blues-rock guitarist and singer-songwriter Walter Trout started as a sideman for John Lee Hooker, Percy Mayfield, Big Mama Thornton, and many others, the lead guitarist for Canned Heat, and then for John Mayall’s Bluesbreakers, before forming the Walter Trout Band. Under the Walter Trout Band, then Walter Trout and the Radicals, and then simply Walter Trout, he recorded and toured throughout the world. After a liver transplant in 2013, he would recover and continue touring, recording, and performing worldwide by 2015. Named “the ultimate, supreme bluesman of the 20th and 21st centuries” by Metal Zone magazine, his 2019 album, Survivor Blues, would debut with two consecutive weeks on the Billboard Blues Chart at number one.

Reverb-cloaked, faintly Hendrixian, and vocally influenced by Chet Baker, his most recent album, Ride (2022) is a stunning collection of charging momentum and modern energy. With an extensive discography, multiple Blues Music Awards, British Blues Awards, and more, Walter Trout is the beating heart of the modern blues rock scene. Respected by the old guard and revered by the young guns, Trout remains a talismanic figure after five decades in the game. Now, sit back and enjoy the ride as this blues icon and his four-member band make their long-awaited debut in Victoria!

Opening for this evening will be blues-rock guitarist Brett Smith-Daniels, a rising star in the Victoria music scene.